A large number of options for advanced prostate cancer is what drew James "Jimmy" Barnes to Duke Cancer Institute, after having been treated at UNC-Chapel Hill for more than a decade. When Barnes first met An­drew Armstrong, MD, MSc, he told Armstrong that one of his goals was to see his first grandchild born. Barnes’ granddaughter, Anika, is now 10 years old. Barnes has also gotten to know his second grandchild, a boy named Sage; he’s 5.

Barnes, an easy-going re­tired pharmacist who in 1969 was the first African Amer­ican male to graduate from UNC-Chapel Hill’s School of Pharmacy, says that he can relate to Armstrong, an asso­ciate professor of medicine, on many levels. They can talk about science and new treatments, and they can talk about sports; Armstrong is a runner and soccer player, and Barnes played tennis until he was 65. 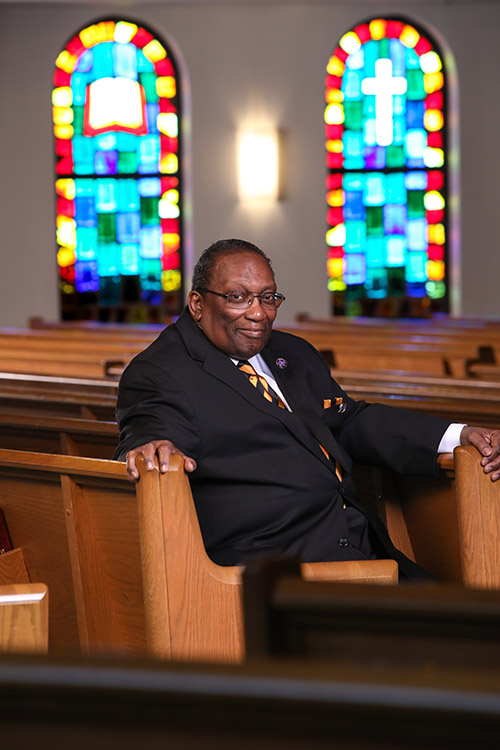 Like many African Amer­ican men, Barnes was struck by prostate cancer young, at just age 47. He wants to keep that from happening to others. A deacon at Union Baptist Church, one of the largest African American churches in Durham, Barnes serves on the church’s cancer support committee. He arranged for Armstrong, associate professor of medicine, to speak at the church’s pros­tate cancer symposium, about new treatments on the horizon and the importance of screening. “Prostate cancer impacts so negatively on Af­rican American men,” Barnes says. “I want my community members to get in to be seen. You need to understand your family history so you can provide it to health care personnel. And understand how your lifestyle can affect your risk.”

Barnes has taken a suc­cession of treatments that have helped reduce pain and increase his mobility. “Dr. Armstrong has kept right on working and putting the op­tions out there,” Barnes says. “He never presented himself as someone who could work miracles. But he said, ‘I will do the best I can.’” Barnes walks with a cane now but says that the more physical­ly active he is, the better he does. “Life changes, but I still have a good life,” he says. “When I was first diagnosed, I didn’t think I would live to be 70.”

One of the treatments that Barnes has tried is radi­um-223, which he received through a clinical trial that Armstrong leads to under­stand why the treatment works. As part of the trial, Barnes and other patients had a “liquid biopsy”—a simple blood test that mea­sures levels and characteris­tics of tumor cells circulating in the blood.

“The circulating tumor cells are like little metas­tases,” Armstrong says. “They are individual cells that are actively spreading in the blood.” In the research setting, Armstrong uses these cells to track the severity and biology of prostate cancer and to predict which pa­tients will respond to which treatments. In a study of patients with advanced pros­tate cancer published in 2016 in Clinical Cancer Research, Armstrong’s team showed that tracking genetic mutations in circulating tumor cells enabled them to predict who was resistant to two drugs, enzalutamide, and abiraterone. Results from a larger, multicenter study called the PROPHECY trial will be presented later in 2018. 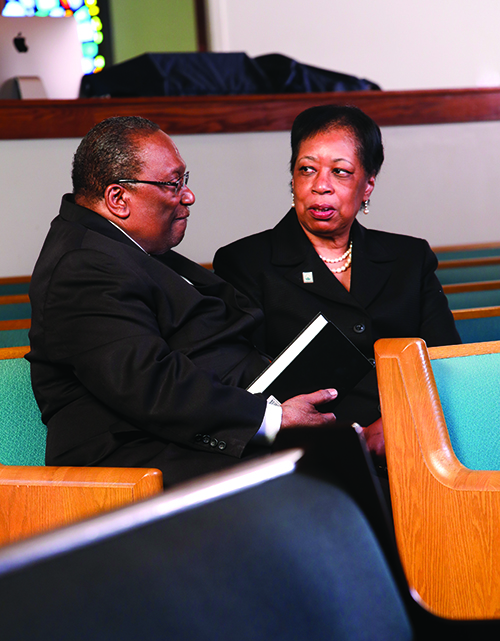 In the radium-223 trial, Armstrong’s team found that circulating tumor cells in men with advanced prostate cancer had developed genetic mutations and adaptations that re-programmed tumor cells to behave like bone-forming cells. Scientists call this process “osteomimicry.” These mutations program the cancer cells to travel to the bone and to form new bone. “But it’s pathologic bone that weakens,” Armstrong says. “It leads to fractures, it leads to pain.” Armstrong presented these findings at the 2018 GU American Society for Clinical Oncology symposium.

The fact that metastatic prostate cancer cells mimic bone also provides clues as to how radium-223 works. Armstrong explains that in the chemical periodic table, radium is right underneath calcium. Because the cancer cells are behaving like bone cells, they see the radium as calcium and absorb it. “But radium 223 is like a Trojan horse; it’s radioactive, and it’s fooling the cancer cells into taking up that radioactivity,” Armstrong says. “Now that we are identifying how prostate cancer cells spread to and survive in the bone, we can develop new strategies to prevent or better treat patients with bone metastases.”