Learning From the Masters 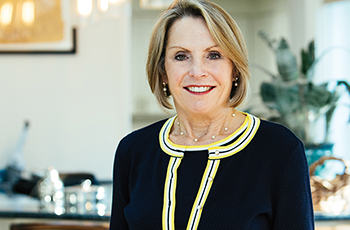 Marilyn Pike, T’73, PhD’79, MD’85, hit the jackpot when she opted to work as a research technician after earning her undergraduate de­gree at Duke. She wound up in the lab of Ralph Snyderman, MD, who would become chief of rheumatology and immunology and ultimately chancellor for health affairs at Duke, and she col­laborated with Robert Lefkowitz, MD, who would win Duke’s first Nobel Prize.

Those influential mentors and others helped steer her toward two more degrees from Duke and a successful career in rheumatology, primar­ily at Harvard’s Massachusetts General Hospital. Two years ago, she returned to the South and now lives in the Triangle, working as a consultant on clinical drug trials.

“I owe a lot to Duke,” she says. “It opened so many doors for me. I wouldn’t be here today if not for Duke.” She gives generously to the Davi­son Club, in large measure because she wants to help deserving students go to a great medical school without amassing an untenable burden of debt.