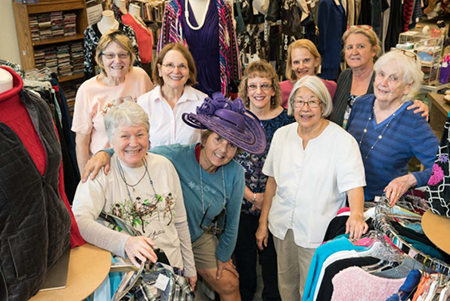 After more than half a century and millions of dollars raised to support student scholarships in the Duke University School of Medicine and School of Nursing, the Nearly New Shoppe thrift store ceased operations at the end of August 2020.

The Nearly New Shoppe was founded in 1968 by wives of Duke medical faculty members led by Ethel Wyngaarden, whose husband James Wyngaarden was then chair of the Department of Medicine. She recruited a small group of other spouses of School of Medicine faculty, and they each chipped in $25, for a total of $425, to open the shop in October 1968.

In the 52 years since then, the Nearly New Shoppe has raised more than $5 million and provided scholarships for hundreds of medical and nursing students. Legions of volunteers staffed the shop, which resided in three different Durham locations over the years. 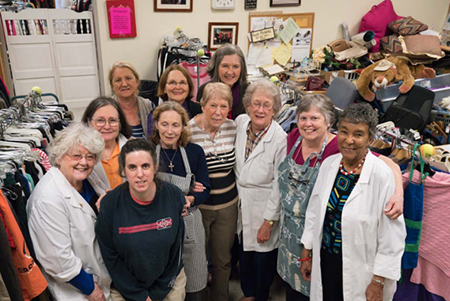 The organizers used the shop’s proceeds to establish endowments that are currently valued at more than $18 million and will continue to support medical and nursing scholarships for many years to come.

“The Nearly New Shoppe and its many volunteers have made such an important contribution to the School of Medicine,” said Dean Mary E. Klotman, MD. “I want to thank everyone who has been involved in the Nearly New Shoppe, and in so many other volunteer organizations that support all we do at Duke Health.”