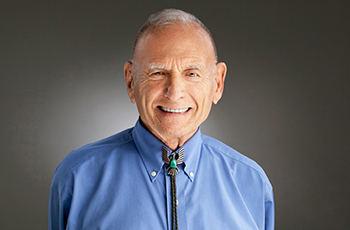 Not for most 85-year-olds, probably. But then most 85-year-olds haven’t spent their lives deeply exploring — and living — the principles of integrative health and wellness. When Shealy isn’t exercising, working, or spending time with family, he can be found in his garden. This balanced life perfectly reflects his philosophy of holistic health.

Holistic and integrative health are not concepts that one would consider fringe nowadays. However, things were quite different in the 1960s, when Shealy, a Duke, and Harvard-educated neurosurgeon, began researching the two issues that proved most debilitating to the patients he treated: chronic pain after surgery and depression despite a regimen of psychiatric medications.

“In residency, I was truly shocked at the way we treated back pain,” says Shealy. At the time, surgeons used a procedure called a cordotomy that involved removing part of the spinal cord with a razor blade. “It was barbaric.”

As his training progressed, Shealy became most interested in how to treat chronic pain without the use of narcotics. He embarked on an exploration of lesser-known, non-conventional therapies such as acupuncture and folk medicine, while at the same time developing in-depth questionnaires to assess his patients’ stress levels.

Shealy has long supported Duke University School of Medicine through his loyal giving to the Davison Club, and he credits one of his most influential mentors at Duke, Eugene A. Stead Jr., MD, with teaching him how to listen to patients. “Stead often said, ‘I don’t understand those who have eyes and see not and those who have ears and hear not.’ He challenged you to think very, very deeply.”

Shealy noticed that his patients expressed high levels of emotional, mental, and spiritual stress in addition to having physical pain, and the vast majority were clinically depressed. He believed that patients could benefit from interdisciplinary interventions that would address a broader spectrum of their lives: in effect, he wanted to provide a holistic and integrated approach to healthcare.

In 1971, pairing his patient-centered vision with entrepreneurial zeal, Shealy opened the doors of the eponymous Shealy Institute in La Crosse, Wisconsin, one of the country’s first dedicated pain and stress management clinics. He began treating patients with a broad range of interventions while continuing to explore others.

He developed several approaches to treating and managing pain, including the spinal cord stimulator and Transcutaneous Electrical Nerve Stimulation (TENS) while at Case Western Reserve University, and Biogenics— a method of controlling pain through nervous system awareness — while pursuing his doctorate in humanistic psychology at Saybrook Institute in San Francisco.

Enthused by encounters with other physicians who were beginning to recognize the interconnectedness of an individual’s physical, emotional, mental, and spiritual well-being, Shealy created the American Holistic Medical Association in 1978 to encourage dialogue and scholarship.

To this day, Shealy continues to see patients, lecture, and teach workshops at the International Institute of Holistic Medicine, a clinic he co-founded in 2016 with Sergey Sorin, MD.

“Western acute disease medicine is excellent,” says Shealy. It’s the current approach to the chronic disease that he disagrees with. “The one thing that’s been missing from our approach to medicine for over 300 years is what I would call the spiritual. To me, there is something beyond a physical body and a mind. There is some power that we call God. I don’t fit well with most conventional religions, but I am anything but an atheist.”

He hopes that through the holistic approach he and Sorin foster at their clinic, he can help others lead a life that allows them to jump out of bed every morning to start a day of meaningful engagement, regardless of age.