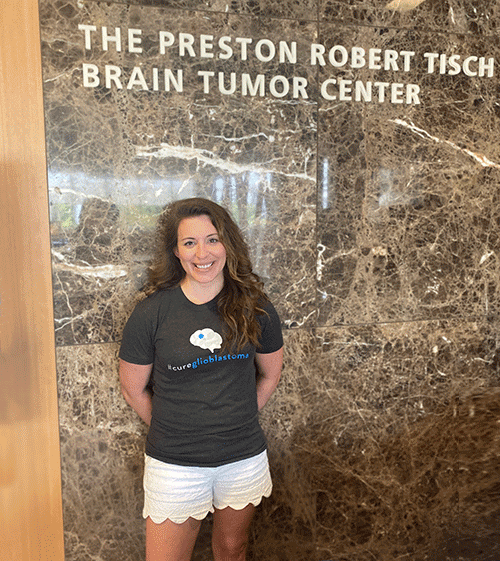 Nicole McGuinness was 29 in December 2015 when she woke up already an hour late for her government relations job. She had blood on her shirt, and her tongue was swollen.

At a hospital in her hometown of Carteret County, North Carolina, doctors told her she had had seizures overnight. As her family began to congregate, her brother did some research, and he said, “I really think we need to take her to Duke.”

McGuinness was diagnosed with grade 4 glioblastoma. She remembers only snippets of the next few days. One friend brought her a peppermint chocolate chip milkshake. Another put up a Christmas tree and lights in her hospital room. She had surgery on Christmas Eve.

Statistics predicted that her life expectancy at the time was 10-14 months. After receiving the standard of care (six weeks of daily radiation and daily oral chemotherapy), she enrolled in a Duke clinical trial called ELEVATE, which has shown success in using a tetanus booster to prime the immune system to enhance the effect of a dendritic cell vaccine to fight newly diagnosed glioblastoma.

After three years of having MRIs every eight weeks, in October 2020, McGuinness began having them every six months. On December 24, 2020, McGuinness reached the five-year mark since the cancer was removed. When she comes to see her team at the Preston Robert Tisch Brain Tumor Center, she says, “Duke makes it so easy and so comfortable, and they make you feel like you’re more than just a patient who has cancer. They make you feel like you’re an individual worth fighting for."

“The PAs, nurses, and doctors, everyone remembers what’s happening in their patient’s lives. They’re doing everything that they can to help you and to cure you, but it’s not just about that. They are making a personal connection. Every time we go in there, and they tell me my brain is boring and stable, which is what we want, my dad hugs everybody. The doctors hug me." 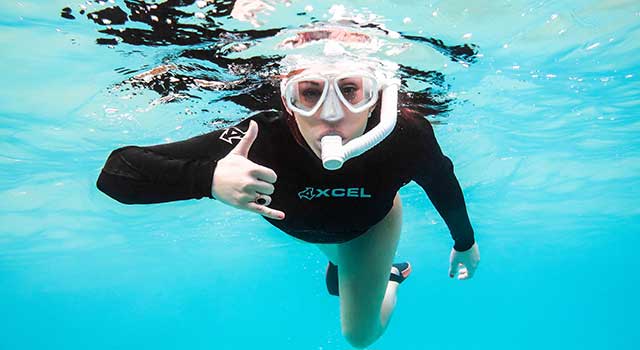 “I’m very grateful for still being here,” McGuinness says. “I read a statistic recently that less than 1 in 10 glioblastoma patients are alive after five years. I’m taking advantage of every day.”

McGuinness, who was a Girl Scout growing up, now leads a Girl Scout troop. She’s involved in a rotary group and a young professionals network. “I’m trying to make the world a better place one Girl Scout at a time, one good deed at a time.”