The Decision to be a Survivor 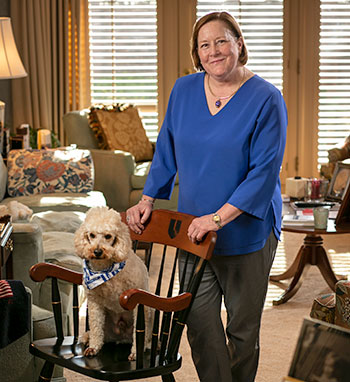 In 1983, Duke University alumna Ross Harris, had just lost her younger brother, Carlton Harris Jr., to leukemia. He was only 25.

She felt that she didn’t want to hear the word cancer ever again. “I was in so much pain, and I was so angry that cancer had taken him,” she says.

Five years passed as Harris, who had earned an undergraduate degree (1978) and MBA (1980) from Duke, worked in advertising for the Leo Burnett Company in Chicago, rising to the rank of vice president.

Then she decided to come back to North Carolina. She had spent her career crafting messages that sold products for the likes of Pillsbury, Green Giant, and McDonalds. As she returned to her home state, she sold herself on the idea of turning her terrible loss into a new way of looking at life.

She rebranded herself as a survivor.

“When someone dies, just because they put your name in the newspaper as a survivor just means you are still standing,” Harris says. “Actually becoming a survivor is an active decision that you make that you’re going to get on top of something rather than letting it get on top of you.”

“The more I understood and learned about cancer, the more the anger went away,” she says. “I felt like I could put my arms around cancer and say ‘Okay, I’m not going to run away. I won’t let you do this to anyone else, and I will no longer allow you to have power over me,’” says Harris, a former member of the Duke University Board of Trustees.

When her brother was diagnosed with leukemia, a stem cell transplant would have given him a chance of surviving for one year, if a matching bone marrow donor could have been found. That was in the early 1980s. Today, 30 to 50 percent of leukemia patients who receive a stem cell transplant survive for five years, and transplants can be done on an outpatient basis.

“We’ve come a long way,” Harris says. “The challenge isn’t insurmountable. It really isn’t. We can’t let cancer win. And the only way we can be sure that it doesn’t is through research.”

In addition to her brother, Harris has lost her father to cancer. But she says she has gained, too. Through her work with Duke cancer, she has made many friends whom she counts as family. “I can’t imagine what my life would be like without those people,” Harris says. “And I wouldn’t know those people if cancer hadn’t happened to me.”

So it was a natural decision for her to make an estate gift benefiting Duke Cancer Institute, the Preston Robert Tisch Brain Tumor Center, and Duke University. “We have absolutely no idea what is going to happen to us tomorrow,” Harris says. “I wanted to be deliberate about where I want my assets to go. And Duke makes it easy.”

“Planned giving is doing something that’s bigger than yourself. It’s thinking about what it is that you want to accomplish and making sure that happens. It’s a way to create your legacy.” 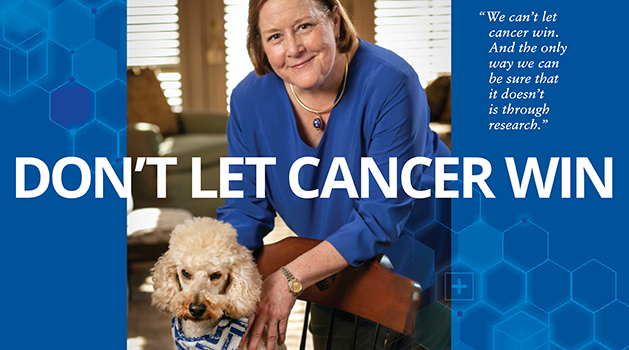