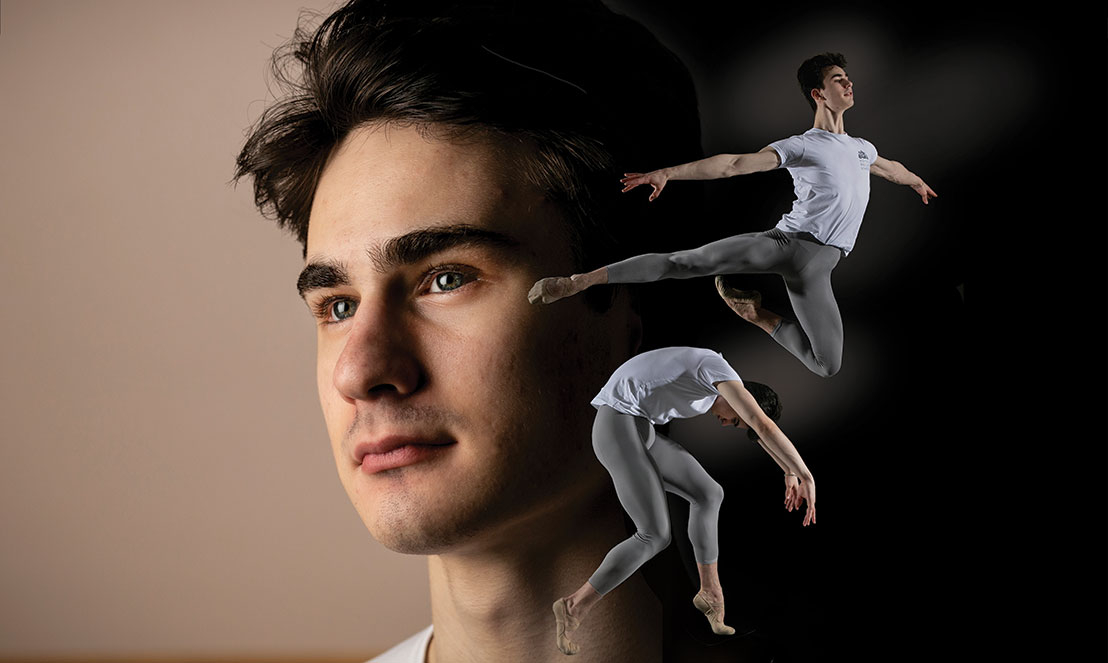 At 10 years old, Clark Eselgroth’s dream was coming true—he had won the role of Fritz, the main young male lead in The Nutcracker. He was set to be on stage, performing one of the most famous parts in all of classical ballet.

But, that dream wouldn’t come to fruition. By the time rehearsals began, Clark was on crutches due to pain so intense in his hips and his leg that it disrupted his sleep. Some days, he could barely walk. Not only were his hopes of dancing in The Nutcracker dashed, but his lifetime goal of becoming a professional dancer was in jeopardy.

“Clark would wake up in the middle of the night, crying in pain,” says Amy Milne, his mother. “We took him to our local pediatrician, and things escalated quickly because this wasn’t normal in a child.” 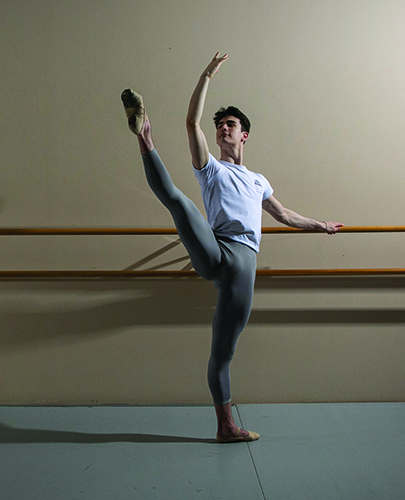 Attempts by his sports medicine doctor and regular pediatrician in Asheville to treat Clark for tendinitis or overuse injuries, as well as control the pain with naproxen, failed. Then, his pediatric orthopaedist ordered an MRI. The image lit up bright white with bone lesions covering areas where he felt pain and several where he didn’t. Fortunately, a bone biopsy ruled out cancer.

That left one possible diagnosis—chronic recurrent multifocal osteomyelitis (CRMO), also known as chronic non-bacterial osteomyelitis. This non-infectious auto-inflammatory disease causes bone lesions that can produce debilitating pain. It is a rare disorder—several hundred cases have been reported in the literature, but the incidence of the disease is unknown. Lesions, which can be mistaken for malignancies and delay diagnosis and treatment, can appear anywhere, but the most serious are on the spine and growth plates. Left untreated, they can lead to spinal collapse and stunted growth. Affected children also have an increased risk of psoriasis; inflammatory bowel disease, such as Crohn’s disease or ulcerative colitis; arthritis; and eye disease.

With a referral from an adult rheumatologist, Clark’s family sought out specialized treatment from Duke pediatric rheumatologist Jeffrey Dvergsten, MD. Duke is one of only three institutions in North Carolina that treats CRMO. During the first appointment, in December 2012, he confirmed Clark’s diagnosis and launched him down a more targeted therapy path.

“If I hadn’t been able to get past roadblocks like CRMO flares or wait patiently for injuries to heal, I wouldn’t be where I am today. I wouldn’t be as smart about dealing with problems.”

Dancing through the Pain

When Clark arrived at Duke, he had been on crutches intermittently for three months. He was limping, had lost significant range of motion, and was taking only naproxen for pain relief. Dancing was sidelined.

“Clark had given up dance temporarily because it was too painful,” Milne says. “CRMO is a really deep bone pain that you can’t massage away. It’s extremely hard to provide comfort until you get medication that causes the inflammation to subside.”

But, after Dvergsten found the right mix of prescription medications, which included combining a higher dose of nonsteroidal anti-inflammatory drugs (NSAIDs) with the anti-inflammatory sulfasalazine, Clark returned to training quickly, enrolling in the International Ballet Academy in Cary. The frequent drives to the Triangle for training and treatment, though, eventually led the family to move to Cary, making it easier for him to balance school, training, and controlling his CRMO.

And, as Clark perfected his skills, more opportunities arose. At age 11, he was accepted a year early to a six-week summer intensive program in Houston. According to Milne, the camp marked the beginning of his serious ballet instruction.

His training progressed uninterrupted, except for normal childhood injuries, including a broken arm, until 2015 when Clark hit a growth spurt. Rapid growth can kick-start a CRMO flare, tricking the body’s autoimmune system into thinking something is wrong with the bones. As a result, Clark developed a second round of inflammation, lesions, and pain. This flare threatened his dancing career.

An MRI showed not only new lesions, but it also revealed a secondary diagnosis. Clark had sacroiliatis, arthritis that attacks the lower back and pelvis, creating pain in the buttocks, lower back, and down the legs. Treating him more aggressively was critical to preserving his dancing dream.

“Over time, if we hadn’t treated Clark, the ongoing pain from his CRMO would have significantly limited his ability, particularly his ability to dance and do the biggest, most complicated moves,” Dvergsten says.

“And, his arthritis would have, over time, caused the joints affected by that condition to fuse.”

To combat both conditions, Dvergsten prescribed etanercept, a weekly injectable protein that combats inflammation. Over time, as patients improve and stabilize, they can wean off the medication.

Clark followed the weekly regimen for more than two years. The same lesions appeared on his 2017 MRI, but etanercept had his pain under control. By January 2018, everything was clear, Dvergsten says, and he scaled Clark’s dose back to every 14 days. He’s remained stable and is anticipated to switch to an injection every 21 days once there’s a break in his rigorous training schedule.

Thanks to these treatments, Clark was able to travel, on scholarship, to complete a 10-day training program in Australia in 2018. Shortly thereafter, he was also offered scholarships to train in Monaco and with The Royal Ballet School in London.

Today, Clark, at 16, is in the first year of a three-year training program with The Royal Ballet School Upper School in London. While there, he’s continuing his treatment without interruption. The school nurse keeps his injections refrigerated, and Clark administers them himself. The school also assigned him only one roommate—instead of three—to minimize his exposure to viruses. 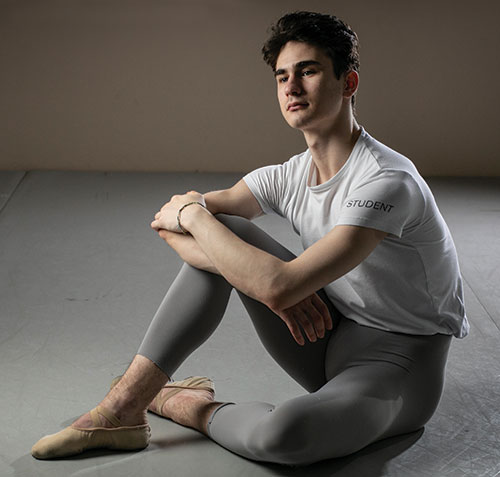 The instruction he’s receiving is advanced, and he credits the treatment he received at Duke to control his pain with his ability to continue training at such a high level. It also played a significant role in his learning to handle any setbacks that come his way.

“I learned you don’t always get a say in what your body is doing, or is capable of, and patience is more important than any other thing—ever,” Clark says. “If I hadn’t been able to get past roadblocks like CRMO flares or wait patiently for injuries to heal, I wouldn’t be where I am today. I wouldn’t be as smart about dealing with problems.”

Ultimately, Clark says, the treatment he received at Duke to control his CRMO pain allowed him to grab the chance to study and excel at The Royal Ballet School when that door opened. And, it’s helped him maximize his time in London—when he graduates, he hopes to have the opportunity to be considered to join The Royal Ballet.

“It’s opportunity after opportunity here. Having a chance to see the company perform regularly is a dream come true,” Clark says. “It’s my favorite company in the world. I wouldn’t trade this for anything.”

Duke is one of only three institutions in North Carolina that treats CRMO.

Make a Gift to Duke Children's