Revealing the Secrets of Rare Diseases 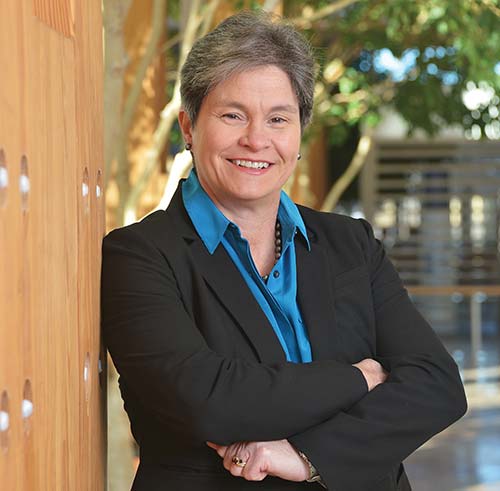 Living with a rare disease is a challenging journey for patients and their families. These diseases are frequently hard to diagnose, can be life threatening, and often have no cure. And rare diseases are more common than you might think. The National Institutes of Health estimates that there are 7,000 rare diseases that affect from 25 to 30 million people in the United States today.

“Rare diseases are not rare,” says Grace Terrell, MD’89, HS’89-’90, president and CEO of Envision Genomics, an Alabama-based company that helps clinicians diagnose rare diseases through the integration of genomic data into clinical care. “Many people in the world live with them, but the problem is that health care systems all over the world, not just in the U.S., are designed for treating common problems and providing ‘one size fits all’ therapies and care.”

The road to diagnosis is often long and rocky. Using traditional medical protocols, Terrell says, it takes on average eight years to diagnose a rare disease. Many patients go from doctor to doctor, take test after test, receive inappropriate medicines, and go through unnecessary surgeries.

“By using new genetic medicine techniques, we are able to make a diagnosis faster and improve patient care by eliminating the ‘diagnosis odyssey’ that causes a lot of suffering for patients,” she says.

About 50 percent of the patients with rare diseases in the U.S. are children, and Terrell says that without a diagnosis 20 percent of them would die by the time they are five years old. “Having the ability to diagnose early can lead to a better management of the disease,” she says.

“By using new genetic medicine techniques, we are able to make a diagnosis faster and improve patient care by eliminating the ‘diagnosis odyssey’ that causes a lot of suffering for patients."

Terrell was not the typical School of Medicine student. Growing up on a small farm near Siler City, North Carolina, she dreamed of being a writer, and at one point she even considered becoming a racehorse jockey.

“Eldora and Eugene were a great inspiration for me, and that changed my direction,” says Terrell. She took classes in science to qualify for medical school and chose to go to Duke. “At Duke, I was exposed for the first time to how science could be transformative for patients,” she says. “That was an exciting time for me.”

This fall Terrell will celebrate her 30th School of Medicine reunion. She is amazed by how far medicine has advanced since her time at Duke in the early days of the AIDS crisis. “One of the greatest stories of my generation is turning a frightening epidemic that was an assured death into a chronic disease that we might be able to eliminate one day,” she says. “Being at Duke at the very beginning of that, when all of it could seem hopeless, and seeing where we are now, shows the power of medicine.”

Terrell envisions that precision medicine will transform the lives of patients with rare diseases and cancer. Soon, she says, physicians will use artificial intelligence to analyze and integrate genomic data to better diagnose diseases and provide accurate treatments. “We will be able to give the right type and the right amount of chemotherapy to the right patient,” she says. “The future is already here.”