Making a Difference Through Evidence-Based Solutions

Tedrick L. Vernon III first became a Duke nurse anesthesia student in 2015, but he says Duke helped him grow into his nursing career well be­fore that. He previously spent a few years working as a nurse in Duke’s emergency department, where he thrived on the challenge and gained confidence in his skills as a provider.

Even though he is no stranger to Duke, coming back as a student has been particularly meaningful. “Duke was my dream school,” says Vernon, who was born in Washing­ton, D.C., but grew up in Greenville, North Carolina. “Being able to come back as a nurse anesthesia student has been nothing short of living a dream.”

Though he loves where his career has taken him so far, Vernon says earning a degree from the DNP degree program with the specialization in nurse anesthesia will give him the chance to have an even greater impact on patients. 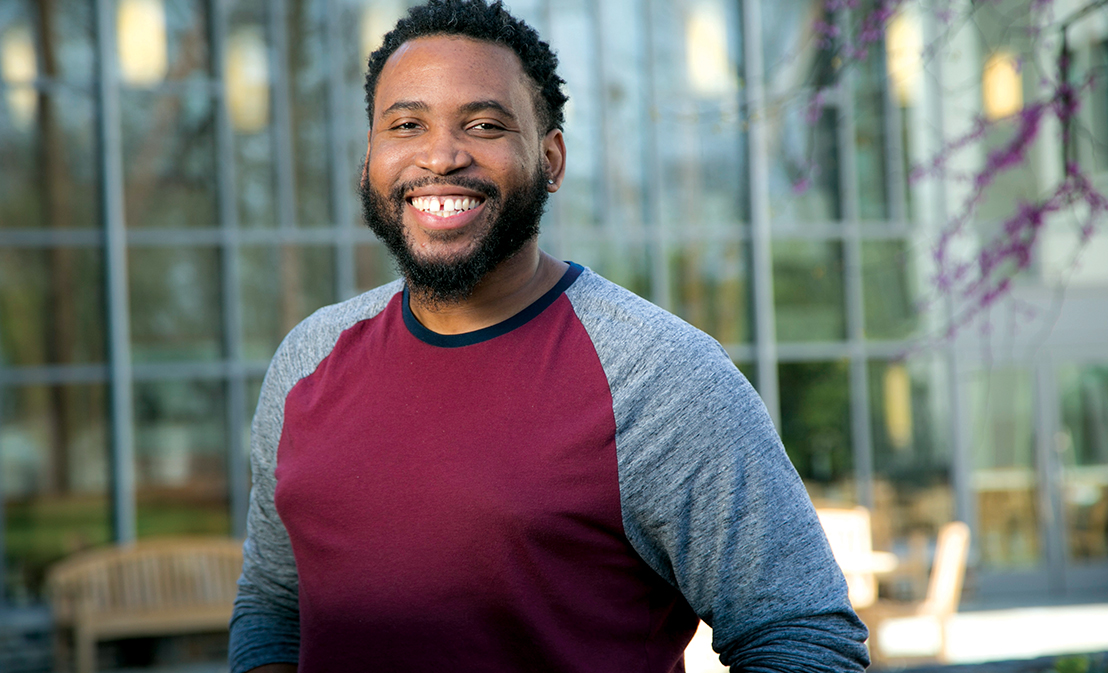 He says DNP graduates “see where there is a need within a clinical setting, and we use evi­dence-based research to implement new protocols, implement new strategies to fix these problems so that it benefits the patient as well as the health care providers.”

Vernon is working to incorpo­rate a tool called the Vulnerable Elders Survey Tool, or the VES13 Tool, into the pre-operative assessment that is already in place at Nash. Aimed at geriatric patients, VES13 is a questionnaire that assesses the patients’ functional ability and how it correlates to post-operative mor­bidity, mortality, and complications. The tool will help nurse anesthetists determine whether it’s necessary to alter the patient’s anesthesia plan before surgery and allow for better planning for what is needed after, from physical therapy to adjustments in medication.

“That’s really when life starts— when surgery is over,” Vernon says. “We do the best we can for patients in the hospital, but they have to keep on living afterward. And hopefully, the survey can help us cater to their needs after surgery.”

Once he graduates, Vernon looks forward to eventually splitting his time between clinical work and ed­ucation, possibly teaching at North Carolina A&T State University, where he earned his undergraduate degree.