But when she finished cancer treatment almost 30 years ago, none of her oncologists said anything about her needing special care. Her thyroid no longer functioned, so when she moved to New York City after college, she saw an endocrinologist for yearly exams. But he didn’t know anything about long-term side effects of radiation and was reluctant to order screening tests for her heart. 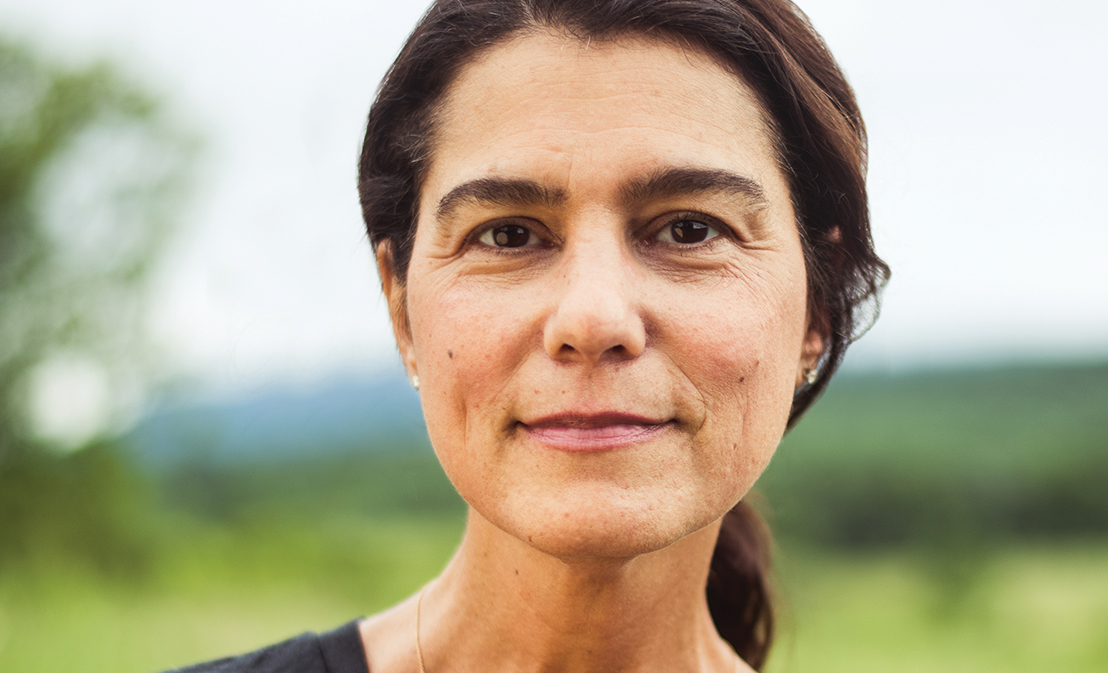 Soon after, Koplik found Kevin Oeffinger, MD, who at that time ran a cancer survivorship program at Memorial Sloan Kettering Cancer Center. “I wanted to be as healthy as I can be and live as long as possible, and I wanted someone who would understand what I should be looking for,” says Koplik, a former lawyer. “I see Dr. Oeffinger once a year, and he keeps track of what tests I should be having. He knows exactly what he’s doing, and he patiently answers a gazillion questions in a language I can understand.”

Oeffinger, who joined Duke Cancer Institute in 2017, is a family medicine physician who began treating and studying people with cancer in 1994, when an oncologist asked him to help start one of the first clinics in the country designed especially for adult survivors of childhood cancers.

Over more than 20 years, Oeffinger and other researchers have documented what they call the cancer treatment “black hole.” A person diagnosed with cancer often disappears into intense treatment at a cancer center and may not see a primary care physician for years. When the patient emerges, their regular physician has no idea how the cancer treatment may have affected their overall health or whether common problems such as high blood pressure or high cholesterol have been properly managed. “Primary care physicians are used to looking at a patient on a continuum. With cancer patients, they often lose the whole story,” Oeffinger says.

In March 2017, Oeffinger joined Duke Cancer Institute to lead a new clinical and research effort specifically to fix this problem. The Duke Center for Onco-Primary Care will formally link primary care physicians with the cancer care team in the care of patients before, during, and after cancer. In other words, it will aim to eliminate the black hole.

Historically, many cancer survivors have simply visited their oncologist indefinitely, for everything. That practice is costly and inefficient, especially considering the expected shortage of oncologists in the next 10 years, says Steven Patierno, PhD, deputy director of Duke Cancer Institute. Patierno recruited Oeffinger to Duke to create a new model. They first worked together more than a decade ago, when Oeffinger helped train internal medicine physicians at the cancer survivorship clinic that Patierno started when he was executive director of the George Washington University Cancer Center. Patierno became interested in survivorship because of two patients who told him that the worst day of their cancer journey, aside from the day they were diagnosed, was the day they finished treatment. “Each patient, at different times, said to me, ‘When I finished treatment, someone basically patted me on the back and said, ‘Things seem to have gone well. See you later. Call us if you have any problems.’ It hit me like a freight train; their entire lives had changed, and we did nothing for them,” he says.

The onco-primary care model aims to improve care even before a cancer diagnosis—starting with helping primary care physicians and their patients make the best choices about screening. Prostate cancer screening is a prime example. “All of a sudden, the U.S. Preventive Services Task Force said ‘Don’t screen anymore.’ And that didn’t seem right,” says John Ragsdale, MD, medical director of Duke Family Medicine Center. Now, the guidelines advise primary care physicians to talk to their patients to help them come to the decision that’s best for them. Ragsdale is collaborating with another family medicine doctor to create and study a tool to
guide primary care physicians in those conversations. “It’s not black and white. It’s really shades of grey now,” he says.

Ragsdale also runs a once-a-week survivorship clinic for high-risk patients at the Duke Cancer Center. He’s driven by conversations he has had with cancer survivors, including his sister, who was diagnosed with breast cancer at a young age. “I know the questions that need to be asked of her that aren’t necessarily being asked all the time, and that bothered me,” he says.

Over the next 10 years, cancer screening will become more personalized, based on individual risk, Oeffinger says. Rather than screening everyone with the same test at the same age, risk will be determined by tests of genetic markers and tests that detect circulating tumor cells. Primary care providers and oncologists will need to work together to implement those changes.

For people already diagnosed with cancer, the gap between cancer care and primary care is a dangerous one. For instance, studies have shown that women who are seven years out from a breast cancer diagnosis have a higher risk of dying from heart disease than women who have never had breast cancer. One of the reasons—a cancer care team may focus so intently on cancer therapy that risk factors for heart disease, such as high blood pressure and high cholesterol, aren’t likely to be managed well. “If we don’t keep the primary care physician involved during or soon after therapy, sometimes hypertension or lipid disorders actually increase the risk of dying more than the breast cancer,” Oeffinger says.

Cancer treatments themselves can also increase the risk of many common diseases. “Many of our cancer treatments simply accelerate the aging process,” Oeffinger says. “We know the agents that affect the heart, the lungs, the kidneys. So we just need to convey to the primary care physician, in a formal way, what they need to be watching out for.”

Primary care doctors are actually already very good at the kind of thing that most cancer survivors need—managing multiple risk factors and conditions and diagnosing any new problems, Oeffinger says. They just need better communication from the cancer-care team. For high-risk survivors, such as those who have had bone marrow transplants or were diagnosed with cancer at a young age, long-term management may be needed from survivorship-trained health care workers in a cancer center survivorship clinic like those run at Duke by Oeffinger and Ragsdale. Nurse practitioners and physician assistants will also play a large role in these clinics.

Oeffinger says that Duke is one of the few places in the United States where he can carry out this vision, study the results, and then use what he finds to help patients around the country. “To study a patient from screening through cancer treatment and survivorship and even until end of life, I need a large health care center that has strong primary care, a strong cancer center, and a single electronic health record, so we can actually model where we are going over the next five to ten years in a diverse patient population.”

As for Koplik, she is doing well, staying busy raising her two sons, who are 14 and 17. “My heart is—knock on wood—okay so far,” she says. “I can’t tell you how wonderful Dr. Oeffinger is. I’ve always felt like I was doing what I needed to do and that I was in good hands. Which is why I’m pretty sure I’m coming down to Duke. It’s hard to find that in most doctors.”

Oeffinger and team are working to make sure that for cancer patients, that kind of care will be easier to find. “We can do better,” he says.

Primary care physicians are used to looking at a patient on a continuum. With cancer patients, they often lose the whole story.

You can help us build new programs like the Center
for Onco-Primary Care. To donate, visit bit.ly/dcifall2017.