For One Alumna, Financial Toxicity Is More Than Just Academic

In 2005, Fumiko Chino, MD’14, thought she had her future planned out. She was engaged to be married and was working in her dream job as an art director for a video animation company in Houston, Texas. “I got paid to watch cartoons for a living,” she says. “It was fun.”

The fun faded when her fiancée, Andrew Ladd, a doctoral student in robotics at Rice University, fell seriously ill. Ladd turned out to have neuroendocrine carcinoma, a rare cancer of the endocrine (hormonal) system cells. His cancer was very aggressive, and he began undergoing treatment to try to slow the disease’s progress. It quickly became clear that the couple faced another hurdle: his student health insurance, with a $500,000 lifetime limit, was not going to come close to covering his medical bills.

“We were in our twenties, and it had never occurred to us that it might not be good insurance,” says Chino. “Anyone with cancer is going to exceed this amount within less than one year.” 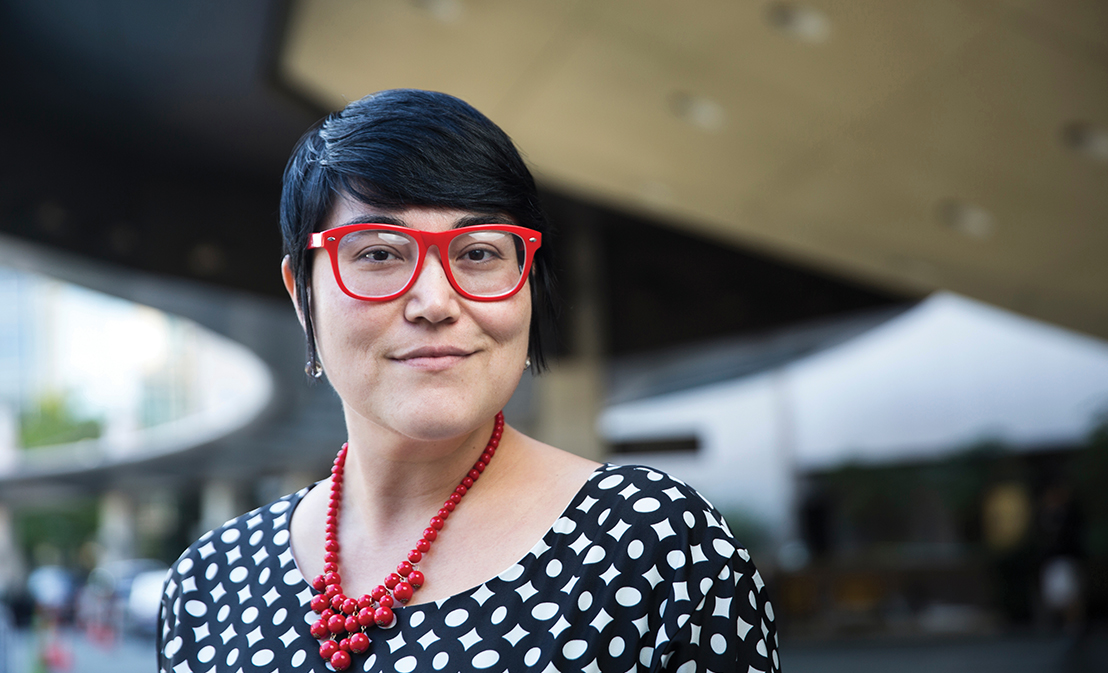 Ladd soon maximized his pharmacy benefits, and he and Chino had to start paying out of pocket—thousands of dollars per month—for prescription drugs that he needed daily. Chino cashed out her retirement fund. Their parents helped as much as they were able.
“We borrowed money, and we were able to pay for the medications by hook or by crook,” Chino says.
In spite of the struggles and an uncertain future, they got married as planned, and then moved in with Chino’s parents in Indiana. “We bankrupted ourselves and relied heavily on our families,” says Chino.

Despite their efforts, it was impossible to keep up. Hundreds of thousands of dollars in bills accumulated. Debt collectors began to call. “It was like a dark cloud hanging over us,” says Chino. “The overwhelming debt was a perfect storm of stress in our lives. I got threatening phone calls.”

Her husband’s death redirected Chino’s life. Leaving video production behind and instead setting her sights on working for positive changes in health care, she enrolled at Duke University School of Medicine. Chino initially intended to study geriatrics. Then she heard S. Yousuf Zafar, MD, HS’05-’08, MHS’09, an associate professor of medicine and a medical oncologist at Duke Cancer Institute, give a talk about financial toxicity—the effects of health care costs on cancer patients’ quality of life and care. She and Ladd had lived the very scenario Zafar described.

“It was a light bulb moment for me,“ she says. “I knew that I’ll be passionate about cancer care and that I can actually make a change.” She joined Zafar in researching the causes and effects of financial toxicity. Last summer, Chino and Zafar published a study in JAMA Oncology indicating that more than a third of insured cancer patients pay more out-of-pocket than they expected, despite having health coverage. Costs such as copayments and deductibles can lead to financial distress among patients, even those with insurance, of all income levels. On average, Chino and Zafar found, cancer patients spend 11 percent of their income on out-of-pocket health care costs, and some spend as much as one-third of their total household income.

Chino’s journey has attracted attention; National Public Radio did a feature about her last summer. She hopes her story can bring more awareness to an issue facing so many patients, and maybe help lead to some positive changes. And that’s why she went into medicine in the first place.

“If you don’t think about the whole picture for cancer patients, you are missing out on the best way of treating them,” she says. “We have all these great technologies and medicines like immunotherapy, radiation, and other techniques to target tumors, but all of that could fall apart if patients can’t afford the gas to come to their treatment.”

"The overwhelming debt was a perfect storm of stress in our lives. I got threatening phone calls."