Much like his mother, who is a musician, Jason Dictson has always had a passion for the arts. It led him to earn a degree in vocal performance and opera from Portland State University. However, a major life event put him on a much different path, driving him to pursue a career as a nurse practitioner.

At the age of 25, Dictson learned he was HIV positive. Some people might feel as though their life was over after receiving such news. But Dictson says the diagnosis drove him to work harder to reach his goals. He had just returned to college after a few years off and still had two years left to complete his vocal performance degree.

“It was easier for me at the time I found out because I had a lot of drive in my life, and I wasn’t going to let that diagnosis get in my way,” Dictson says. “I said to myself, ‘I’ve got all these goals and these plans, and I have to move forward with life.’”

Being an HIV patient gave Dictson a unique perspective on health care, and he decided he wanted to give back after having gained so much from those who cared for him, particularly the nurses. 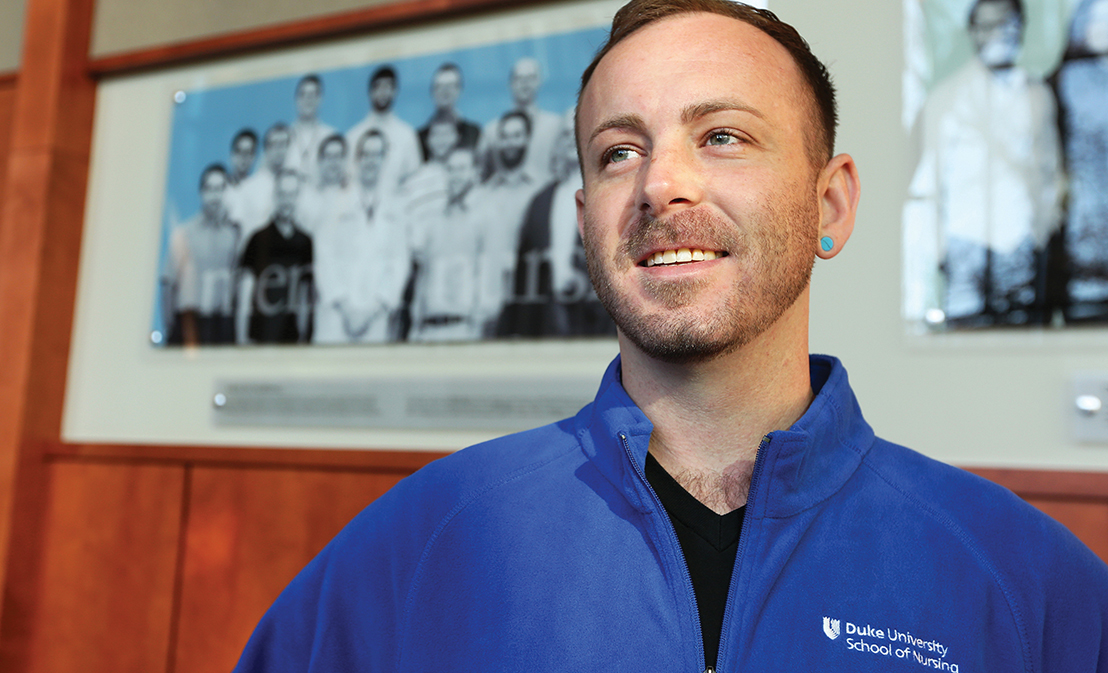 To prepare for nursing school, he took prerequisite classes at a community college and trained to become a certified nursing assistant. He put his training to use sooner than expected when both of his grandfathers became ill, and he went back to his hometown of Portales, New Mexico, to help care for them.

“I was able to take care of close relatives and see that dying process before I even became involved in the healthcare community,” he says.

While waiting to hear back from the seven nursing schools he applied to, Dictson worked as a float pool nursing assistant at Oregon Health and Science University Hospital.

“My experience in a float pool in a large hospital, where I got to work on every floor, was scary. It was daunting,” Dictson admits. “There were many days where I probably should have tucked my tail and run, but there is something in you that tells you to keep going because you have a purpose.”

Dictson was accepted to all seven schools. He says he chose Duke because of its reputation as the nation’s top nursing school, generous scholarships, and loan repayment programs. After earning his ABSN degree, he hopes to eventually serve HIV patients and the LGBTQ community.