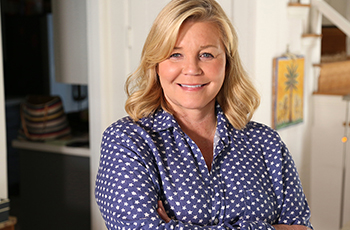 The $163,000 that Sandra Davis, BSN’82, as trustee of the Bronson/Knapp Foundation, gave to the Duke University School of Nursing wasn’t the largest gift to the Duke Forward Campaign, but it certainly was one of the most significant.

That gift, made by the philanthropic foundation that Davis co-manages with her brother, Phillip Davis, put the School of Nursing over its Duke Forward Campaign goal of $43 million in the closing week of the campaign. The school finished the campaign with $43,053,901 raised for scholarships, research, faculty support, education programs and more.

Davis was inspired to make the gift to Duke after she was contacted by Carole Klove, BSN’80, an emeritus member of the Nursing Alumni Council. Klove told her that the campaign needed just $163,000 to reach its goal, and asked if she could help.

Davis didn’t hesitate because Klove and her sister Karin, T’79 – friends of Davis’ family – were the ones who encouraged her to come to Duke for nursing school in the first place.

“It was really nice to feel like we made a difference,” says Davis of Newport Beach, California. “I have a lot of respect for the School of Nursing and like to track its activities. It has very impressive programs and faculty, and is consistently ranked in the top nationally.”

Davis is co-trustee of the Harry Bronson and Edith Knapp Foundation in Los Angeles, established in 2006. Bronson and Knapp were clients of Davis’ attorney father, and upon their respective passing, designated a philanthropic foundation to be established with their substantial assets. Providing educational scholarships is a large component of the foundation’s mission, and is where the $163,000 gift to Duke is to be used.

“It’s nice to enable students to advance their education. This fully falls into the mission of our foundation,” she says. “It was a no-brainer.”

Davis’s nursing career following her Duke graduation is notable. She worked in the vascular unit of the University of California- Los Angeles’ Cedars Sinai Hospital in Beverly Hills; was assistant head nurse and cardiac unit nurse at the Los Angeles County- University of Southern California Medical Center; was director of nursing at the Estelle Doheny Eye Hospital in Los Angeles; and had several administrative roles at Huntington Memorial Hospital in Pasadena, California.

For the past six years, Davis has been with Beecher Carlson Insurance Broker, helping healthcare facilities manage their self-insured programs.

She says she’s grateful for her Duke nursing education because “it taught us how to think. It taught us to approach nursing care from the patients’ perspective, holistically.”

Some of her fondest memories include sneaking her small pet dog Chauncy into Mudd Library inside her backpack, football games, basketball games at Cameron Indoor Stadium and riding horses in the nearby countryside.

“I made great friends that I still keep in touch with,” I loved everything about Duke.”