Tucker Roussin is a four-year-old healthy boy. When his mother, Katie, was 20 weeks pregnant, he was diagnosed with a pericardial teratoma, an extremely rare tumor that grows on the lining surrounding the heart. The tumor was almost as large as his tiny heart, and it was growing quickly. Clinicians at the Center for Fetal Diagnosis and Treatment at Children’s Hospital of Philadelphia (CHOP) recommended an open fetal surgery to remove the tumor.

“The procedure had never been used successfully to treat this condition, but we knew that without it, Tucker would likely die,” says Holly Hedrick, MD’91, who led the surgical team that operated on Tucker at 24 weeks of gestation, while he was in his mother’s womb. Tucker is the first successful survivor of this fetal surgery and now has a normal heart. William Gaynor, MD, HS’84-’91, was the cardiac surgeon on the team.

We Can Do This 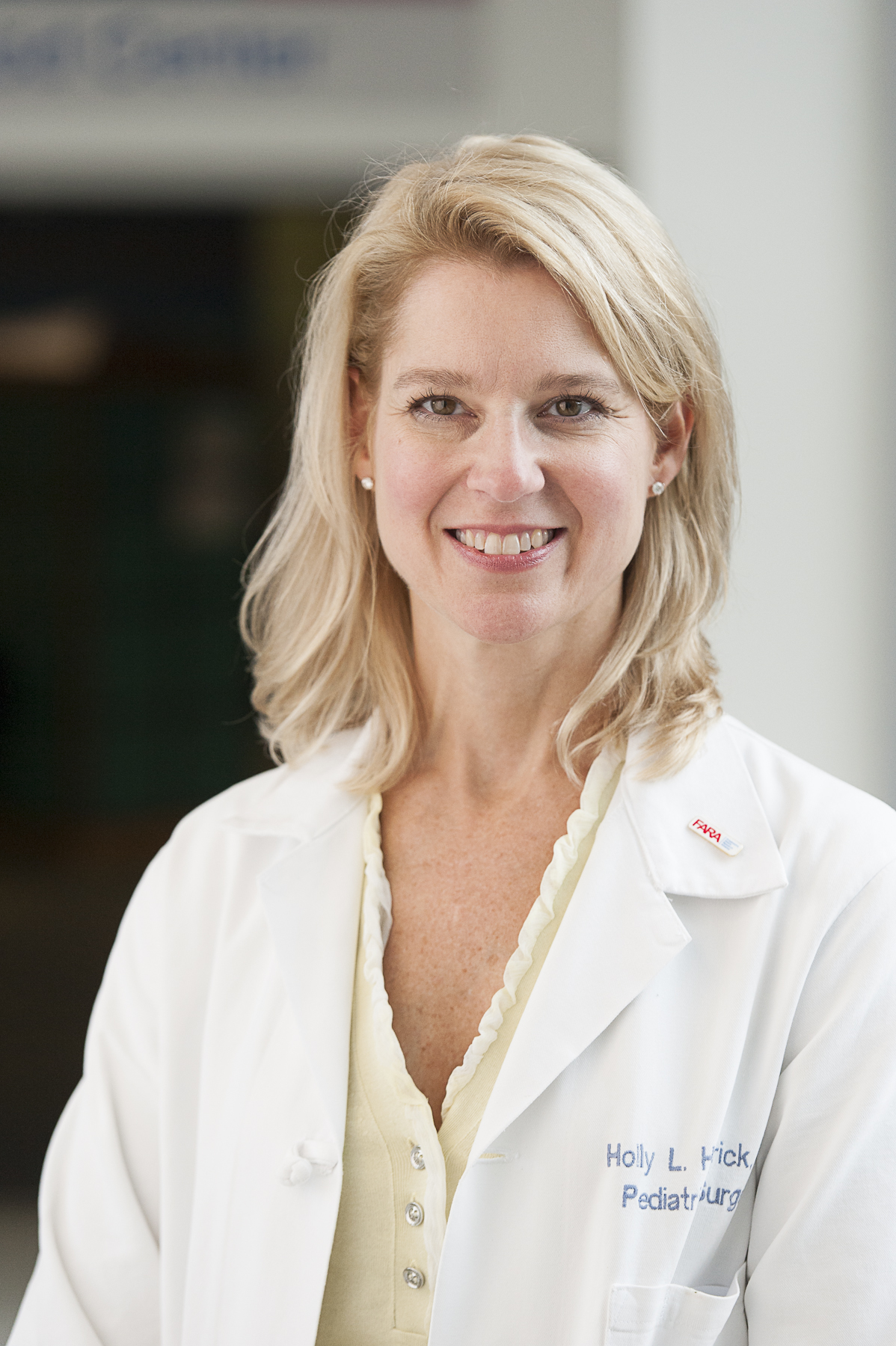 Hedrick is a pediatric and fetal surgeon at Children’s Hospital of Philadelphia. “If you would have asked me as an undergrad if this is what I would end up doing, I would not have dreamed that it was possible,” she says. “I think that coming to Duke and being around people who thought no idea was too impossible to try and no problem is too big for them— that sort of atmosphere of ‘we can do this’— started at Duke,” says Hedrick.

Finding ways to fix what seems impossible is what drives her to do her work. “The idea that you can fix something before it causes larger damage is incredible. We intervene in the development of the baby early in the process and halt the natural course of the disease,” she says.

Through her long career at CHOP, Hedrick has cared for thousands of babies, children, and teenagers, from performing rare fetal surgeries like the EXIT (ex utero intrapartum therapy) deliveries and separating sets of conjoined twins to operating on more common surgical problems.

The EXIT procedure is a partial delivery in which the fetus is partially removed from the uterus, but is still attached to the mother’s placenta so that surgeons can correct airway blockages before performing a full delivery.

Lilly Leiva had a large tumor growing out of her mouth, which blocked her airways. When her mother, Lesly, was 35 1/2 weeks pregnant, Hedrick performed an EXIT delivery to remove some of the tumor while Lilly was still attached to her mom, and opened her airways.

Hedrick meets families in a devastating moment in their lives when they receive the news that something is wrong with their unborn child. “It’s especially rewarding to be able to offer them help,” she says. “I think that the cases that make us really sad and helpless are those that we have nothing else to offer or able to change. Not all the stories are happy. They stay with us and we hope to learn from them.” 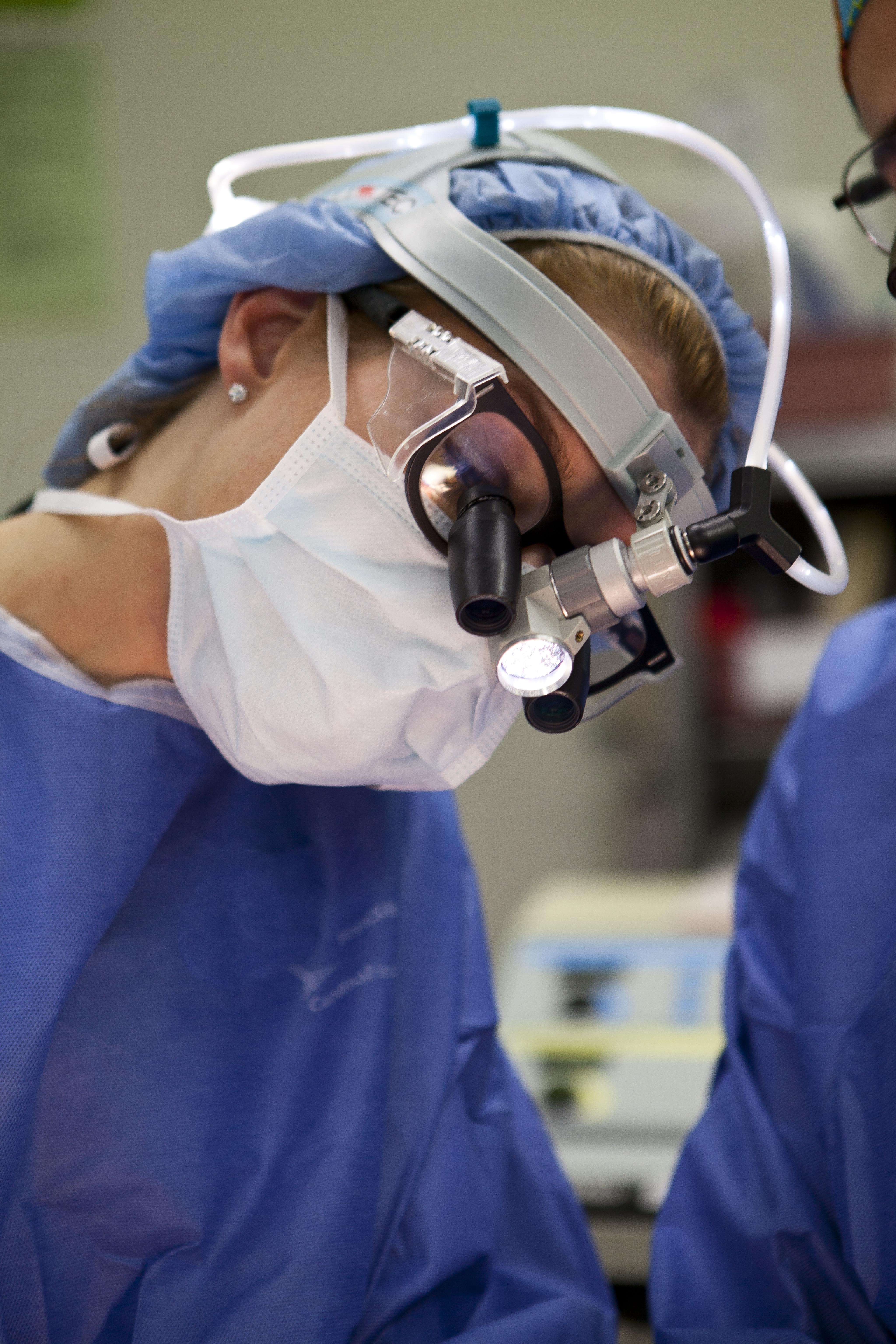 Growing up in Salem, Indiana, Hedrick thought all her life that she would stay in Indiana. She planned to go to Indiana University Medical School, but her roommate from college encouraged her to look at Duke and visit her brother, William Obremskey, MD’88. Hedrick will never forget her first visit: “When I walked on the campus, and my friend and I went all the way to the top of the chapel and looked around, I said: ’Wow, I want to be here.’ I had a chapel moment,” she says.

While in her second year at Duke, Hedrick did not expect the surgery rotation to change her career plan. “When you are a medical student, you are a little bit afraid before you rotate on the surgery service, but as soon as I started it, I knew that it was what I wanted to do,” she says. Hedrick had a chance to work with David Sabiston Jr., MD, who was the legendary chair of the Department of Surgery for 30 years. “Dr. Sabiston had an amazing attention to details; he knew every student by their name, their hometown, and he might even know about their parents,” she says. “He invested in getting to know each one of us, and made us feel special. He inspired us to be outstanding surgeons like him.”