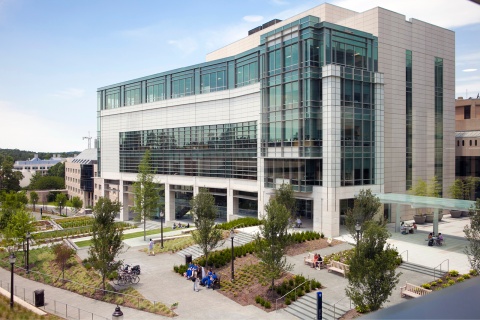 A family foundation established by the late Dudley Rauch, AB’63, has pledged $30 million to establish an endowment for need-based financial aid for medical students in the Duke University School of Medicine.

The gift by the Rauch Family Foundation is the single largest commitment for financial aid ever made to the School of Medicine.

Rauch, an alumnus with deep ties to Duke, established the first all-inclusive scholarship in the School of Medicine in 2013. In early 2018 he began discussions with university and School of Medicine leaders about opportunities to make an even more transformational gift for financial aid.

Those talks were cut short when Rauch unexpectedly died in July of 2018. Now, the Rauch Family Foundation has completed the work he began.

“This is an historic gift for Duke University and the School of Medicine,” said Duke University President Vincent E. Price. “Dudley Rauch was a distinguished alumnus and generous supporter of the university, who had a vision for changing students’ lives and providing them with extraordinary opportunities. This gift from the Rauch Family Foundation will help make Dudley’s vision a reality, and we are deeply grateful for their commitment to build on his legacy.”

School of Medicine Dean Mary E. Klotman said the Rauch Family Foundation’s generosity will ease the financial burden on generations of medical students at Duke. The gift will help open the path to a career in medicine to more students from diverse backgrounds and enhance Duke’s ability to compete for the highest caliber of incoming students.

Currently, approximately 40% of the need-based financial aid package for medical students consists of federal loans. Although Duke’s average medical student loan debt is lower than many of its peer institutions, the average School of Medicine student still graduates with an advanced degree and approximately $140,000 in loan debt.

“Alleviating the burden of student loan debt is our primary funding priority,” Klotman said. “I was fortunate to have met Dudley Rauch and seen first-hand his commitment to helping students fulfill their dreams and reach their potential. The Rauch Family Foundation has shown the same spirit in making this remarkable gift. Their generosity will transform the lives of countless medical students.”

Dudley Rauch earned his undergraduate degree in mathematics at Duke in 1963 and then received an MBA at Harvard Business School. His father, Henry E. Rauch, was chairman of Burlington Industries and served on the Duke University Board of Trustees from 1964 to 1974. As vice chairman of the board, Henry Rauch worked closely with William G. Anlyan, then the dean of the School of Medicine, and played a key role in the major expansion of Duke Medical Center in the 1970s and early ‘80s.

Dudley Rauch served on the Duke alumni admissions advisory committee for 15 years and, through his family foundation, provided philanthropic support to Trinity College of Arts & Sciences and several medical research areas at Duke, including rheumatology, cancer and arthritis.

To mark his 50th class reunion in 2013, he established the Rauch Family Merit Scholarship in the School of Medicine. The scholarship, awarded annually to one incoming student with exceptional potential for an outstanding career in medicine and service, provided an unprecedented level of financial support: full tuition and fees, books, ancillaries and living expenses for all four years of medical school. Thus far, nine outstanding medical students have been awarded Rauch Family Merit Scholarships.

In 2017, Rauch made an $8 million estate commitment to endow the Rauch Family Merit Scholarship in perpetuity. Soon thereafter, he expressed an interest in doing something even more substantial to expand the School of Medicine’s ability to offer more need-based financial assistance.

After Rauch’s death, members of the Rauch Family Foundation’s board picked up the cause. They chose to honor his intentions, meeting with Klotman and other Duke leaders to finalize the process he had started.

“The Rauch Family Foundation Board is excited to be able to honor the memory of its founding member, Dudley A. Rauch,” said Sam Salen, president of the foundation. “During his lifetime. Dudley used philanthropy and his love of Duke to advance multiple medical school projects. The Foundation Board felt it fitting to make this gift, which will in perpetuity assist medical students at Duke to complete their education without such a high debt burden following graduation.”

Dudley Rauch believed passionately in the power of philanthropy and in the obligation of those with means to give back to the people and places that helped them succeed. He loved meeting with the student recipients of the scholarships he established, and he asked only one thing of them: that, should they ever become financially successful, they too consider giving to help others.

“Investing in young people at Duke University School of Medicine is an extremely worthwhile investment,” Rauch said in 2017. “It’s wonderful to be able to give money away and know that it will have a positive impact. My hope is that other alumni will reflect upon what a Duke education and the Duke imprimatur on their degrees has meant to their success, and will consider giving back as well.”