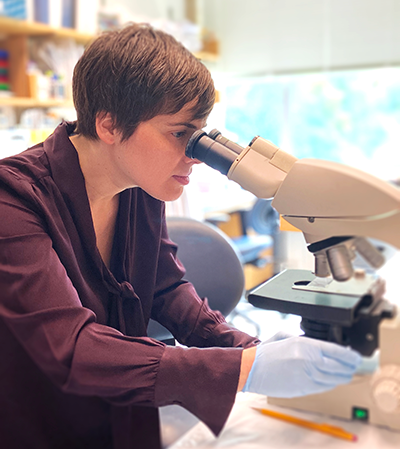 Yvonne Mowery, MD, PhD, Butler Harris Assistant Professor in Radiation Oncology, is one of many physician-scientists at Duke who credits the Duke University School of Medicine’s Strong Start Program for her career growth.

“An investment in early-career physician-scientists is an investment in our future,” Price says. “We are grateful to the Nanaline H. Duke Fund for their support of this innovative program, which is advancing laboratory science and clinical research and providing new opportunities for Duke School of Medicine faculty.”

When Mowery came to the School of Medicine in 2018 she received funding from the Strong Start program to start her own lab. In her research, Mowery created three new pre-clinical animal models for studying head and neck cancer. She used those to gather enough preliminary data to win a Clinical Scientist Research Career Development Award (K08) from the National Institutes of Health (NIH) and a Damon Runyon Clinical Investigator Award.

“The Strong Start Program has truly been transformative for me. I will be forever grateful for this support that has gotten me started on the right track,” Mowery says.

Strong Start was launched with support from the fund in 2016. This new grant extends the program to August 2025, allowing the School of Medicine to support five faculty members with new Strong Start Awards each year.

“Much of the scientific progress in human health in the past 50 years was made possible by the work of physician-scientists, who seek fundamental discoveries that will improve our ability to diagnose and treat disease,” says School of Medicine dean Mary E. Klotman, MD. “But the number of these investigators nationwide is decreasing rapidly as senior faculty retire, and fewer young people replace them. I am so proud of this program and the work we are doing through the Duke Office of Physician-Scientist Development to change this trajectory and build a robust pipeline of physician-scientists.”

The new grant also provides support for the Duke Office of Physician-Scientist Development, which was established by Klotman in 2018. The office is the administrative home for Strong Start and integrates career development programs across the institution to support physician-scientists at all points of their training and development.

Strong Start supports early-career physician-scientists at Duke during a crucial stage of their careers, says Strong Start director Gowthami Arepally, MD, professor of medicine. “We are grateful for this new funding from the Nanaline H. Duke Fund, which will help us continue to offer substantive mentoring and financial resources to physician-scientist faculty as they transition to research independence,” she says. “These awards have been pivotal to the success of their laboratory-based research programs.”

A total of 21 awardees have benefited from Strong Start since it began. 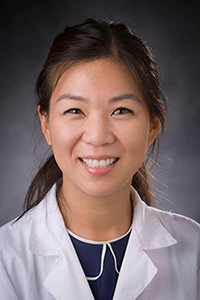 Among them is Grace Lee, MD, assistant professor of medicine, who studies how neutrophil responses affect health and disease. With her 2018 award, she hired a research technician and funded much of her lab’s day-to-day work. She also found that the program creates a valuable community. “I have really enjoyed meeting other investigators who are at a similar stage as me,” Lee says. During her Strong Start award period, she received two NIH grants: an Exploratory Developmental Research Grant (R21) and a Small Grant (R03). 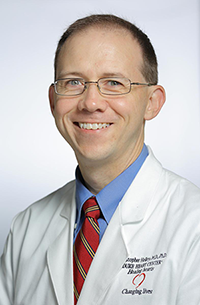 Chris Holley, MD, a cardiologist who studies cardiac hypertrophy and heart failure, used his 2017 Strong Start Award to hire two new postdoctoral fellows. They have spearheaded projects that expanded the scope of his laboratory into studying RNA modifications at the atomic level. One of the fellows was awarded a Training Grant (T32) from the NIH, and Holley, assistant professor of medicine, has since received two NIH Research Project Grants (R01).

Nanaline H. Duke, wife of James Buchanan Duke, generously continued the Duke family’s legacy of philanthropy upon her passing. The fund was created in support of Duke University Hospital, the School of Medicine, and medical research at Duke University, and is administered by The Duke Endowment, a private foundation based in Charlotte, N.C.

The Nanaline H. Duke Fund has made numerous contributions to a wide variety of programs to advance medical care and research since her death in 1962. The impact of her legacy can be found throughout Duke University.