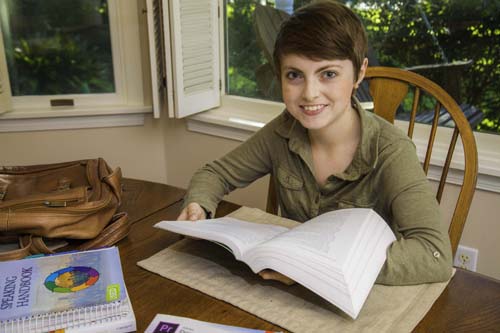 VG, which stands for Vomit Girl, is the superhero that Sarah Smith created in her mind when she was six years old and fighting neuroblastoma, a childhood cancer that develops in immature nerve tissue. Most often neuroblastoma begins in the adrenal glands on top of the kidney, but it can also form in nerve tissue in the neck, chest, abdomen, or spine.

“Chemotherapy causes patients to vomit frequently. With my quirky sense of humor, I came up with a superhero name for myself: Vomit Girl,” says Sarah, now 22. Her best friend’s mom made her a large cape with the initials VG on it, and she proudly wore it around Brenner Children's Hospital, where she was treated at the time. “Whenever someone new would enter my room, I would show them the cape and ask them what they thought VG stood for. No one ever guessed correctly.”

Sarah’s friend drew her a comic book he titled: “The Adventures of Vomit Girl and Barf Bucket.” Barf Bucket was Sarah’s nickname for her dog and faithful sidekick, Snowy. “That sense of humor brightened up many dark days,” she says.

In 2002, when Sarah was six, she started having fevers frequently and her joints got very stiff. She could not turn her head and had to turn her entire body to look at something. Her parents, who at the time lived in Mooresville, North Carolina, took her to Brenner Children's Hospital in Winston-Salem to look into the strange and worrisome symptoms. The doctors ran numerous scans, and tests and their first thought was that Sarah had juvenile rheumatoid arthritis. Just before she was sent home with that diagnosis, one of the doctors decided to run one more scan, where they saw the shadow of a tumor in her right adrenal gland. Sarah was diagnosed with stage 4 neuroblastoma that had metastasized to her skull, bones, and her entire body. She received six rounds of chemotherapy and her adrenal gland was removed.

Her chances of survival were slim. Sarah’s doctors recommended Duke Children’s as the best place for consolidative therapy—a treatment that is given after the initial therapy for cancer and is used to kill any cancer cells that might be left in the body. It may include radiation therapy, a stem cell transplant, or treatment with drugs that kill cancer cells.

Sarah was referred to Timothy A. Driscoll, MD, an assistant professor of pediatrics. At Duke, she received high dose chemotherapy before she underwent an autologous peripheral blood stem cell transplant in which Sarah was her own stem cell donor. Six months after the transplant, Sarah was declared to have no evidence of disease (NED).

Sarah returned to the normal life of a seven-year-old, but not for long. In 2006, three and a half years after her transplant, she relapsed. “I felt afraid. I dreaded having to go through everything all over again,” she says.

Sarah returned to Duke for further evaluation and discussion of treatment. This time Driscoll decided that before she underwent another stem cell transplant, he would treat her with isotretinoin, a medication that is commonly used to treat severe acne but is also active as an oral chemotherapy to treat neuroblastoma.

Sarah was only ten, but she was not ready to give up. One afternoon, while in her bedroom, her mother, Becky Smith, noticed an envelope with Sarah’s writing on her desk that read: “My college and car fund. Do not touch.”

“She didn’t care that she was once again facing a largely unsurvivable pediatric cancer and that she was given little hope of long-term survival,” says Smith. “She still had dreams left to chase like a car and college.”

Sarah adds, “I already had a ‘fighting spirit’ from my first battle with cancer, so I kept that mindset through the brief relapse.” The love of her family and friends and her faith kept her going in those dark days, and she believes that her suffering had a purpose in her life. “I eventually came to see my cancer as a way I could give glory to God, grow closer to my family, and become a stronger person overall.”

After six months of oral chemo, Sarah was once again told the cancer was gone. 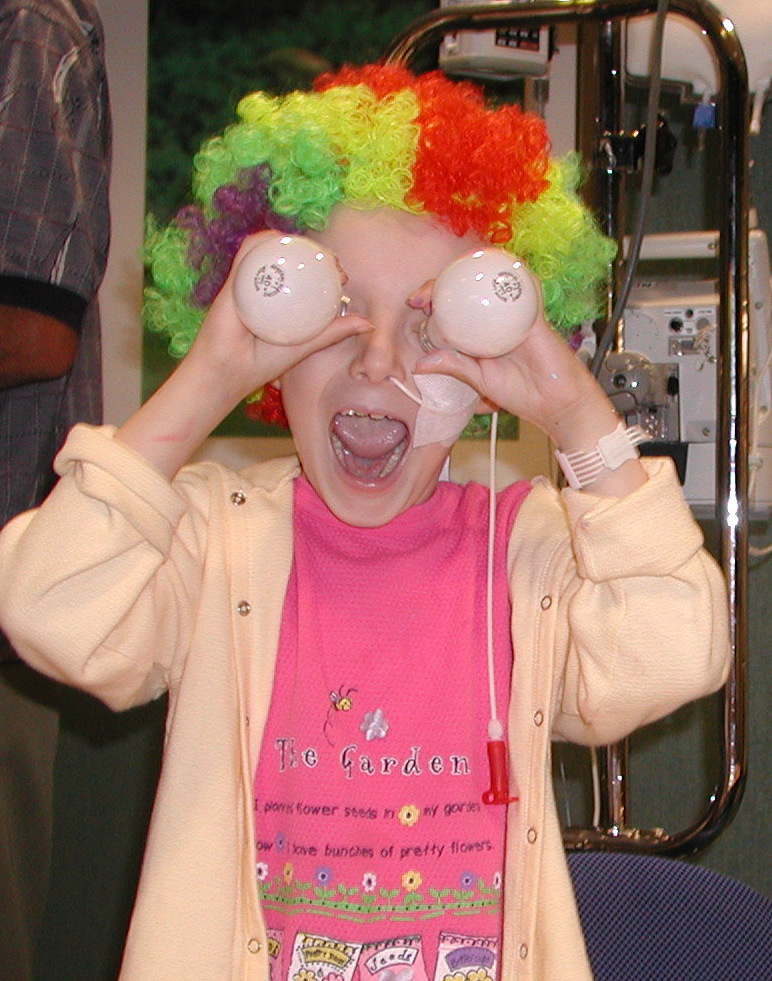 Sarah continued to see Driscoll for follow-up visits. One day, after a check-up session, Sarah and her parents had some lighthearted chit-chat with him. “Somehow, the topic of my future wedding was brought up, and Dr. Driscoll said he hoped he would be invited to it. I cheerily said, ‘Of course I’ll invite you!’” says Sarah. “Looking back on that, I realized how much weight his words had held, because he had no way of knowing if I would live to see my wedding day, or even my high school graduation or the first day of middle school. But he spoke with hope that I would heal, grow, and mature into a woman.”

In 2016, Sarah’s dream of a car and college came true. She went to Regent University in Virginia Beach, Virginia, driving her own car, but she did not dream of seeing Driscoll standing beside her in a dorm room. Driscoll happened to move in his son, Sam, to Regent University on the same day Sarah did, and the two families met. There were a lot of tears. “Without him, Sarah would not have gone to college,” says Becky Smith.

Sarah adds: “Seeing Dr. Driscoll on my first day at Regent University was so special, and I look forward to seeing him at my wedding one day.”

“Sarah’s case is quite remarkable, as long-term survival from recurrent neuroblastoma is anecdotaland treatment is quite challenging,” says Driscoll. “The reunion with Sarah, who is now a beautiful young woman, was a blessing and quite rewarding. It is events like these that keep myself and my colleagues striving to improve the care and survival of children with various medical needs that currently can only be addressed with hematopoietic stem cell transplant.”

Sarah has been a cancer survivor for 15 years now. She is majoring in communications and hopes to serve on a church media team upon graduation. Her message for families going through childhood cancer is simple.

“Hold onto hope and do not be afraid of making jokes when appropriate. Hope and humor are wonderful medicine.”