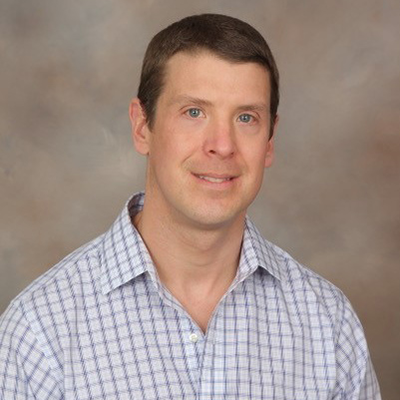 Michael Boyce, PhD, associate professor of biochemistry, never expected to be studying the lungs. He is an expert in glycobiology—the intricate mechanisms behind how sugars attach to proteins, and the role these sugars play in sending signals that influence cell biology, organ function, and more.

But thanks to an unexpected finding, and collaborations with experts in lung development and cell metabolism, Boyce is expanding his work to explore possible new treatments for respiratory diseases. The research is made possible by a new grant from the G. Harold and Leila Y. Mathers Foundation.

In 2019, the Boyce lab was conducting experiments to learn more about an enzyme called GALE (UDP-galactose 4’-epimerase). When the researchers deleted GALE from human cells in culture, the cells showed an almost total lack of sugar chains that are required to produce and secrete mucus in the airway, the gut, and other tissues.

The finding was published in the Journal of Biological Chemistry in 2020.

Boyce wants to explore this further, using 3D cell culture and animal models, to fully understand how GALE works in the lung. He hopes this work may reveal potential new treatment strategies for common diseases in which overproduction of mucus is a problem, such as asthma, chronic obstructive pulmonary disease, and cystic fibrosis.

“There are no good FDA-approved drugs that treat mucus hypersecretion right now,” he says. “So it’s a major unmet need.”

“No one has ever considered the problem this way—the notion of stopping the production of sugar precursors to throttle the mucus synthesis. We are at quite an early stage of this research, so it’s a really high-risk, high-reward idea.”

The student who conducted much of the hands-on work that led to this project, Alex Broussard, PhD, has graduated. So current PhD student Alyssa Florwick will help spearhead the project, and the Mathers funding will allow Boyce to recruit another student or a postdoctoral fellow to round out the team. They will collaborate with labs led by Lance Wells, PhD, at the University of Georgia, who has expertise in glycomics and cell metabolism, and Purushothama Rao Tata, PhD, assistant professor of cell biology at Duke, who has expertise in modeling lung development and disease.

The mission of the Mathers Foundation is to advance knowledge in the life sciences by sponsoring scientific research that will benefit mankind. Basic scientific research, with potential translational application, is central to this goal, and is fundamental to their operating principles.

In 2018, the foundation funded the research of Duke biochemist Hashim Al-Hashimi, PhD, James B. Duke Professor of Biochemistry and Chemistry, to create a map of novel structures in the human genome.